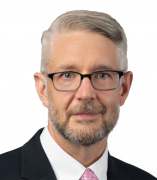 Named as a Society for Biomaterials Young Investigator, American Association of Colleges of Pharmacy New Investigator and Vahlteich Scholar at UIC, Professor Gemeinhart has received funding from the National Institutes of Health (NIH), the National Science Foundation (NSF) and the Department of Defense (DOD) as well as from several foundations.  He has served as a reviewer for federal agencies (NIH, NSF, DOD), is currently an editor of Pharmaceutical Research and also serves on the editorial boards of two additional journals.

Professor Gemeinhart earned both his undergraduate degree in Interdisciplinary Engineering and his doctorate in Pharmaceutics from Purdue University and completed a postdoctoral fellowship at Cornell University School of Chemical and Biomolecular Engineering before joining UIC in 2001.